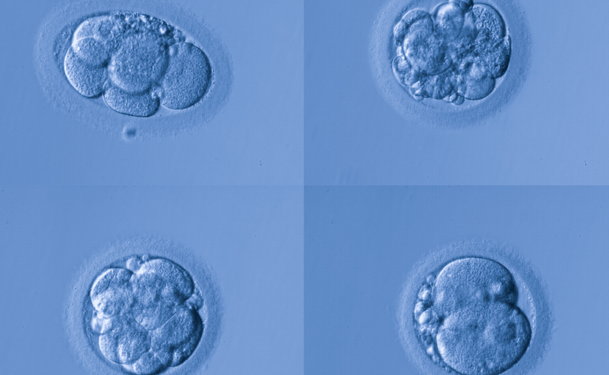 All About Embryo Grading

Embryo quality, is an important component in the success of an in vitro fertilization (IVF) procedure. Assigning a grade to an embryo is one way doctors and embryologists identify the best quality embryos for transfer.

Embryos are graded, or evaluated, by their appearance under a microscope in the IVF lab. In the days leading up to your embryo transfer, your embryologist will assign a grade to each of your embryos at their various stages of development to determine which ones are the most likely to result in a healthy pregnancy.

Embryo grading consists of overall grading and stage-dependent grading, such as blastocyst grading. Overall, your embryologist will assign a grade to each embryo by examining embryo characteristics such as:

Stage-dependent grading involves evaluating these characteristics at each stage of embryo development.

Embryo grading methods differ among IVF labs. How one embryologist goes about grading an embryo may be different from how another does it at another lab.

What are the stages of embryo development?

Embryos go through several stages of development after fertilization before they can be transferred to your uterus. These stages are marked by cleavage, or cell division.

The embryo starts as a single cell, then divides into many cells as follows:

How are embryos graded?

Embryo development is evaluated approximately every 24 hours under a microscope. The clinician evaluates the following to determine the viability of the embryo:

Sometimes, embryos may look like they have a high number of cells that are the same size and shape—prime qualities for a transfer—but they are not able to implant into the uterus. That is because at least 60 percent of embryos that appear normal are actually not able to implant.

If you are at risk for passing a genetic disorder to a child, your doctor may recommend pre-implantation genetic diagnosis (PGD). Your lab will perform the procedure about three to four days after fertilization.

During PGD, your embryologist removes a single cell from each embryo and screens it for specific genetic disorders. Embryos that have the gene associated with the disease will not be used. While it does not completely eliminate the risk, PGD does decrease the chances of passing a disorder onto a child.