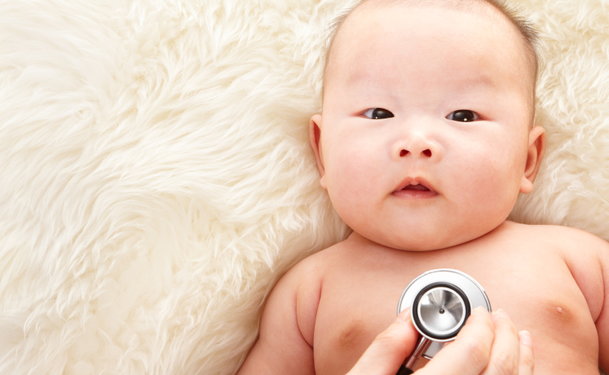 Similar to prenatal diagnostic testing (such as amniocentesis), PGD allows your doctor to spot the possibility of genetic disorders. Unlike prenatal testing, PGD makes this possible before pregnancy. Though there's no one test that can accurately predict the risk of all birth defects, a growing number of genetic disorders can be diagnosed through PGD.

Am I a candidate for PGD?

PGD was developed in the mid-1980s as an alternative to existing types of prenatal diagnosis. In 2008, the Practice Committee of the American Society for Reproductive Medicine (ASRM) recommended PGD as a better alternative to post-conception diagnosis and pregnancy termination in the case of disorders affecting a single gene.

The use of PGD is increasing, but because it raises issues of sex selection and genetic engineering, it remains controversial. It's still not offered everywhere, and may be supervised by an institutional ethics review board.

Your doctor may recommend PGD if you or your partner carry a risk of passing on a known genetic abnormality to your children. It reduces that risk and minimizes the risk of late-term miscarriage or pregnancy termination by implanting only embryos deemed healthy and normal.

You may be a potential candidates for PGD if you or partner:

Male partners with little or no sperm in their semen should have a blood test for chromosomal or genetic abnormalities. If any are found, they should receive genetic counseling.

A related but different technique, preimplantation genetic screening (PGS), tests embryos from parents presumed to be chromosomally normal to detect extra or missing chromosomes. It's not generally recommended. That same 2008 ASRM committee opinion noted a lack of evidence that PGS improves live-birth rates. In fact, a 2011 review of randomized controlled trials found that PGS not only didn't help the live birth rate after IVF, it actually lowered the live birth rate for women of advanced maternal age.

The first step for anyone considering PGD is receive genetic counseling. A genetic counselor can educate you on the risks, options and potential outcomes associated with different genetic diseases.

Traditionally, a PGD procedure involves your doctor taking one or two cells from either your egg or the embryo to be tested (biopsied) for genetic abnormalities about three days after fertilization. Your doctor carries out a process that uses fluorescent probes to visualize and map the genetic makeup of the cell(s). This test, known as fluorescence in situ hybridization (FISH), can pinpoint chromosomal defects and mutations. Meanwhile, the remaining portion of the embryo is sustained in a culture or frozen until the tests are complete.

Newer technologies, however, allow doctors to remove cells from the embryo later — at day 5, when the embryo has about 100 cells, and removing cells can cause less damage. The new methods include:

These techniques are not only deemed safer, but they're faster and allow testing for more anomalies than FISH. However, they're not yet as widely available.

Advances in reproductive technology can help couples increase their odds of having either a boy or a girl. Fertility clinics in the U.S. offer the service, but it's controversial — so much so that gender selection is even illegal in some countries. Similarly, PGD could theoretically be used to choose desirable genetic traits, rather than just to screen out disease.

The ASRM says using PGD in sex selection for non-medical reasons raises ethical problems and "should be discouraged," though it says it might be "ethically permissible" to strike a balance in the family between boys and girls.

Other organizations take a narrower view: The American College of Obstetricians and Gynecologists' Committee on Ethics, the International Federation of Gynecology and Obstetrics, and the UN International Conference on Population and Development all oppose sex selection for non-medical reasons, including family balancing. The UK's Human Fertilisation and Embryology Authority bans sex selection for non-medical reasons in its Code of Practice.

What are the risks of PGD?

There's a risk of either false positive or false negative results, because the cell taken for biopsy may not represent all the other cells in the embryo. So the test isn't foolproof.

The results might also be inconclusive, leading to an inaccurate diagnosis. For those reasons, PGD often is confirmed later by additional testing (such as chorionic villus sampling or amniocentesis) in early pregnancy.

Patients considering IVF with PGD also should know that pregnancy rates may be lower than those achieved with IVF without PGD — the embryo could fail to develop or may be less viable because of the PGD procedure itself. In addition, the ASRM notes that experts can't rule out the theoretical possibility of other abnormalities showing up later as a consequence of the PGD procedure.

Genetic testing also decreases the number of embryos available for use in pregnancy later.

How much does PGD cost?

PGD can be expensive. Many insurance policies don't cover it, though some will, based on medical necessity. PGD adds an average of $3,550 to the cost of IVF.