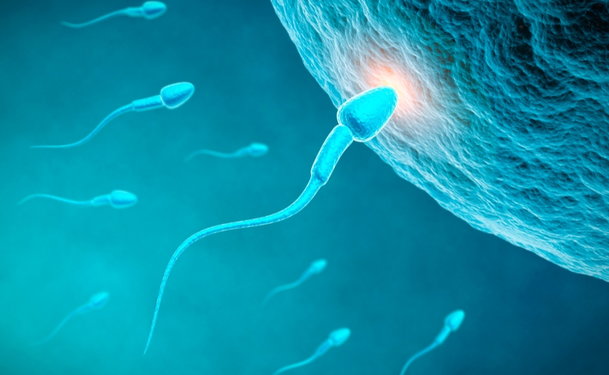 Therapeutic donor insemination (DI or TDI), more commonly known as using donor sperm to become pregnant helps thousands of people to become parents, at the same time it can potentially introduce a number of health risks both mom and baby.

Thanks to advances in testing and screening techniques, these risks are decreasing. Nevertheless, some do still exist. Donor sperm aren't tested for everything, and regulations don't eliminate every risk. If you are considering using donor sperm to become pregnant, here are a few of the remaining health risks to be aware of.

Not all donor sperm is treated alike

Any agency that "recovers, processes, stores, labels, packages or distributes" donor sperm has to register with the U.S. Food and Drug Administration (FDA) and follow certain guidelines. But the FDA treats anonymous donor sperm banks very differently from the sperm of a donor known to the recipient (called a directed donation).

At sperm banks (or cryobanks), which are all regulated by the FDA, donor sperm must be quarantined for six months and then retested, while sperm from a donor the recipient knows beforehand doesn't have to be quarantined or retested. If donor sperm at a cryobank tests positive for a communicable disease, in most cases it has to be discarded.

But in a directed donation, sperm can be used even if it tests positive for a communicable disease — potentially exposing the mother (or gestational carrier) and child to more risk.

Because banked donor sperm is held to a higher standard of screening, it might be safer to go through a sperm bank — the risks to you (or your gestational carrier) are theoretically greater if you receive the sperm through a directed donation, though testing, knowledge, and informed consent certainly make a difference.

If you have a compromised immune system, that's another risk factor. There is also a very small risk of infection from the intrauterine insemination (IUI) procedure in which your doctor injects the sperm into your uterus.

In addition, the American Society for Reproductive Medicine (ASRM) has created screening criteria, aimed at reducing risk, about who should be eligible to donate sperm, but their guidelines are actually only recommendations — sperm banks can choose to follow them or not. Check with your sperm bank and ask how closely they follow the ASRM criteria. States can also add on their own requirements.

If you do choose to receive sperm from a private or directed donor, or from an any third party other than an FDA-regulated sperm bank, you should proceed with caution to ensure that you and the baby aren't placed at risk or a communicable disease. Be sure the sperm has been tested by a reputable laboratory for the same diseases a sperm bank would test for.

Donor age is a factor

Broadly speaking, younger donors are preferable. If a sperm donor is over 40 years of age, there is an increased risk of birth defects or miscarriage. According to one study published in 2012 in the journal Nature, a 36-year-old man passes double the number of genetic mutations on to his child as a 20-year-old does.

Cytomegalovirus (CMV), a virus in the herpes group of viruses: Sperm donors who test positive for CMV are not required to remove their sperm from sperm banks, and the virus could theoretically spread to the mother and the baby. However, CMV is very rarely transferred to the baby. According to the FDA's guidelines, "CMV is not a relevant communicable disease agent or disease." Nevertheless, the FDA does recommend that physicians receiving donor sperm from a cryobank be informed that the sample tested positive for CMV.

Although the federal government hasn't established any guidelines for screening the intended recipients of donor sperm, the ASRM recommends testing to check for several sexually transmitted diseases, including HIV.

The mind is a factor, too

Using donor sperm can bring up all sorts of issues and concerns. In the case of directed donation in particular, the ASRM strongly recommends a psychological evaluation and counseling for everyone involved — the intended recipient and her partner, if any, as well as the donor and his partner, if any.