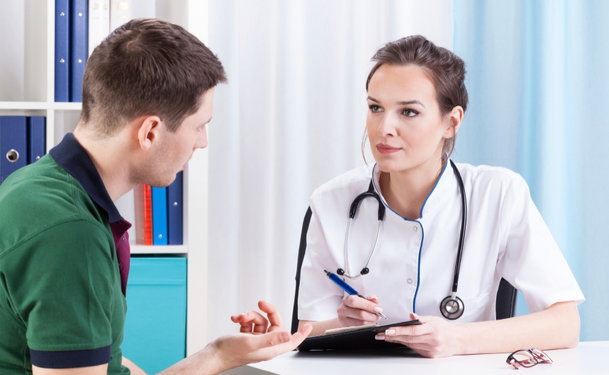 Using donor sperm is a process of third-party reproduction involving the purchase of semen for women who wish to get pregnant and need sperm from someone other than a sexual partner. In order to be accepted by a sperm bank (or cryobank), potential sperm donors in the United States have to go through a rigorous medical screening process. Among other things, it includes a number of FDA-mandated tests and questions to help ensure that the sperm donor is not carrying a communicable disease that could place the mother or baby at risk.

The FDA mandates screening of anonymous sperm donors for these communicable diseases:

The FDA also requires a thorough health history and physical exam, which may include a number of blood and urine tests. Some sperm banks go even further and require a dental exam. State or local laws may require other screening.

Taking the sperm donor's personal and family medical history is essential to the screening process. The purpose is to ensure that he isn't carrying any possible hereditary diseases.

In addition to the HIV test, the FDA and ASRM guidelines call for an HIV risk assessment interview, since HIV may not immediately show up in tests if the person was infected recently. Even if the candidate is accepted as a sperm donor, his sperm is frozen and quarantined for 6 months, after which he is retested for HIV. Other factors that can disqualify a potential donor based on his health history include:

Often, very basic physical information such as the donor's height, weight, eye color, and blood group — as well as the absence of hereditary diseases — is made available to potential recipients, while more detailed medical information generally is not. One consideration, though, is whether the donor is willing to be contacted in the future should further health information be needed for the child — and whether there's a procedure in place for contacting him.

In most cases, a cryobank will discard semen from a donor who doesn't pass the FDA screening. But in the case of donors whom the recipient knows (directed donation) the semen is allowed to be used even if the donor tests positive for a communicable disease — potentially putting the mother (or gestational carrier) and child at risk. That's important to keep in mind that when deciding on a donor.

The American Society for Reproductive Medicine (ASRM) believes the same screening and background-check requirements should apply to all donors, anonymous or not.

While the FDA guidelines are mainly aimed at preventing the transmission of communicable diseases, the ASRM goes further than the FDA in its own non-binding recommendations for sperm donor screening, which include:

Compliance with the ASRM guidelines is strictly voluntary and is up to the discretion of the cryobank or sperm agency.

Of course given what their product is, cryobanks perform a semen analysis to assess sperm count and sperm motility — in some cases after the semen has been test-frozen and thawed again, which is a better indication of its long-term viability. The sperm bank will usually specify whether the semen has been freeze-tested or tested when it was fresh.