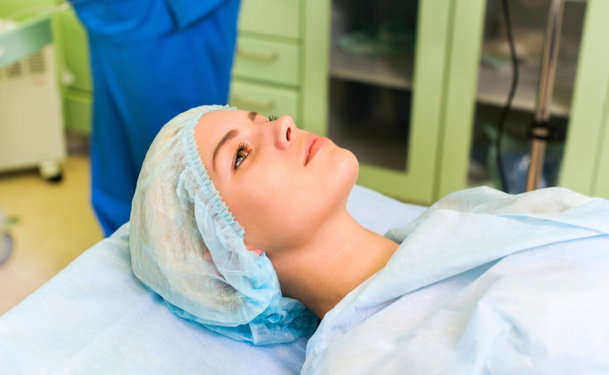 Pros and Cons of Tubal Reversal

Though microsurgical advances have made reversing what was once considered a permanent procedure much easier, a tubal reversal does not come without risks. In fact, a tubal reversal is more complicated of a procedure than the original tubal ligation; that is, because the surgeon has to properly align the severed tubes and reattach them with fine sutures. Additionally, scar tissue that may have formed as a result of the tubal ligation requires the surgeon to isolate and cut out the thick fibrous tissue.

If you are considering tubal reversal here are some of the pros and cons of the procedure.

The biggest pro of tubal reversal is being able to have more children naturally, without taking fertility drugs or undergoing additional procedures such as in vitro fertilization (IVF) to increase fertility. While there are no guarantees that the reversal surgery will result in pregnancy, certain criteria may enhance your odds, including:

You might be comparing a tubal reversal to in vitro fertilization (IVF). If you want to have two or more children in coming years, a reversal allows you to try for multiple, subsequent pregnancies without the need for an additional procedure. Also, a tubal reversal costs approximately half as much as IVF.

Tubal reversal has a high success rate in most cases. According to the American Society for Reproductive Medicine (ASRM), a tubal reversal can result in a pregnancy rate between 40 and 90 percent. If you’re under 40, your chances of getting pregnant two years after a reversal ranges from 70 to more than 90 percent, according to one report by ASRM. Women aged 40 to 45 have a lower chance of becoming pregnant, with pregnancy success rates ranging from 40 to 70 percent. Sterility and Fertility reported that this surgery has a higher success rate and is more cost effective than IVF, even for women over 40

Not enough research has been done to establish a reliable estimate of successful live births following tubal reversal. According to a 2012 article in Fertility and Sterility, the most skilled doctors are the likeliest to state their success rates, and these may not be generalizable to all reproductive surgeons.

There’s no guarantee the reversal will work. First, what’s left of your tubes may not be long enough. Some types of ligations are easier to reverse than others. For example, ligations done with clips or rings are easier to reverse than those done by electrocautery. But even if the surgery seems successful, there’s a chance your tubes won’t work correctly. The cilia – little cells resembling hairs – in your tubes help move eggs through. Post-surgery, your cilia may or may not work, especially if you have a history of smoking.

Your tube might also re-close or develop a blockage after surgery. This could be due to scar tissue or healing troubles. If you haven’t gotten pregnant within six months to a year of your surgery, you might want to have an X-ray exam, called a hysterosalpingogram, to be sure your tubes are still open.

And even if everything went right, there’s no guarantee you will become pregnant and successfully bear a child. This depends on many factors, including the type of tubal ligation you had, your age, the quality and quantity of your partner’s semen and other fertility factors.

Tubal reversal costs at least $6,000, depending on the provider. Your insurance company is unlikely to cover the cost. While usually done as an outpatient procedure, sometimes exploratory surgery or overnight hospitalization is required, making the cost even higher. However, the cost of tubal reversal is lower than IVF, and you only have to undergo it once.

Depends on the surgeon's skill and level of expertise

Tubal reversal is a very precise, complicated procedure that requires the surgeon to be experienced and skilled. During a tubal ligation, the fallopian tubes are closed and blocked using various approaches. When the ligation is reversed, the surgeon must use microsurgical techniques to open the tubes, realign them and reconnect them with fine sutures.

If your reversal is successful, after you finish having children, you’ll need birth control to prevent further pregnancies. You might even decide to get your tubes tied all over again.

As with any surgery, there are always potential risks and complications, including bleeding, allergic reactions to anesthesia and other medications, infection, organ damage and post-operative pain. These complications happen to few people, and are not higher for tubal reversal than for other surgeries in the abdominal area. Obese patients also face higher post-surgery risks, such as blood clots and problems with wound care.

Call your doctor's office if you:

In addition, women who've had a reversal are at a slightly higher risk (2 to 10 percent) of having an ectopic pregnancy, whereby the pregnancy occurs outside of the womb, often inside one of the fallopian tubes. Women who've had a sizable amount of tube removed during the initial tubal ligation, but had them reattached, may be at risk of having a miscarriage.