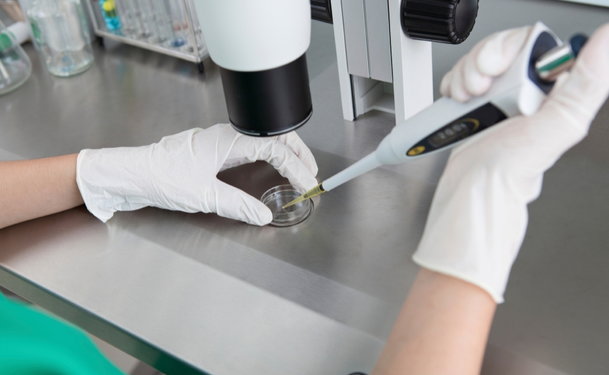 Infertility is the inability to conceive or have a baby after having tried regularly for a year (or six months if you're over 35). Anyone who has been unable to get pregnant in that time — or who has had more than one miscarriage — should consult a fertility specialist. These days, doctors have many solutions to help women, men, and couples overcome infertility and bring a baby into the world.

Studies show that male and female factors are equally likely to be the cause of infertility (each occurring in about one-third of cases). About 10 percent of the time, it's both partners who have a problem, and about 20 percent of the time no medical explanation can be found.

This article provides an overview of the kinds of treatments fertility doctors can offer.

The treatment a woman receives depends, of course, upon the cause of the infertility LINK, so figuring out the cause is the fertility specialist's first task. The treatment's chances of success depend on:

Fertility medications are mainly used to stimulate ovulation, to prevent premature ovulation, or to stimulate egg growth. They can be any of a number of medicines in the form of pills or injections, or in some cases vaginal suppositories or gel. Pills tend to cost less and involve less monitoring time than injections, and in many cases they are the first-line approach.

Women who have problems with their fallopian tubes may need surgery to unblock the tubes or repair them. The surgery carries an increased risk of ectopic (tubal) pregnancy. Surgery to remove endometriosis, uterine fibroids, scarring, or polyps can also help improve a woman's chances of getting pregnant in some cases.

Intrauterine insemination (IUI), where the doctor places concentrated (or "washed") sperm without semen directly into the uterus around the time of ovulation, can be helpful to some women who have problems with their cervical mucus.

Assisted reproductive technologies (ART) involve combining the egg and the sperm outside the woman's body. In most cases, the aim is to improve the chances of conception. ART includes:

In vitro fertilization (IVF), where the egg and the sperm are combined outside the body and matured for a few days in the laboratory, and then the resulting embryo or embryos are transferred to the woman's body.

Intracytoplasmic sperm injection (ICSI) is a variant of IVF where a single sperm is injected directly into a single egg, instead of simply placing sperm and eggs together in a laboratory dish and letting them combine on their own.

Gamete intrafallopian transfer (GIFT) involves transferring the eggs and sperm into the fallopian tube, where fertilization takes place. For religious or moral reasons, some couples may prefer GIFT, because fertilization doesn't take place outside the body.

Problems in the testicles include a varicocele, which is a dilated vein in the testicle that can lead to low sperm count or abnormally shaped sperm. In most cases, the first line of treatment is ART — especially ICSI, which doesn't require many sperm. If the varicocele is very large, surgery may be recommended.

When there's a physical blockage, surgery is usually the first approach. If that fails, doctors can try to extract sperm directly from the testicles. This can be done through:

In the case of problems in the hypothalamus or pituitary gland, patients are usually given hormonal medications, often human chorionic gonadotropin (hCG) or recombinant human follicle stimulating hormone (rhFSH).

For men who cannot get an erection or ejaculate, including men with paralysis, a number of mechanical treatments are available to help them ejaculate. These include vibratory stimulation to trigger the ejaculatory reflex, or, for more severe cases, electroejaculation, which involves using electricity to stimulate the ejaculatory reflex under anesthesia.

In addition to the medical treatments already described, couples have a number of third-party reproductive solutions available as well. These include: