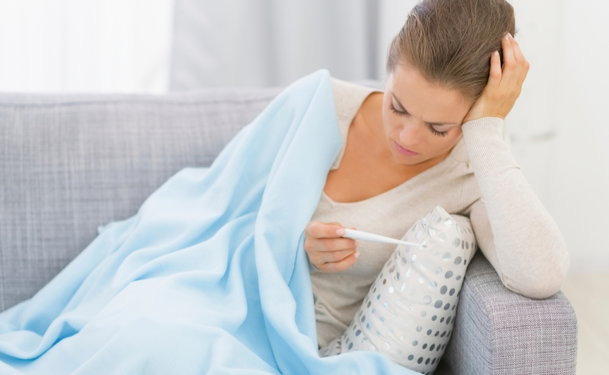 In Vitro Fertilization: Symptoms During 2WW

If you're going through the 2-week waiting period after having in vitro fertilization (otherwise known as the 2WW), you're probably wondering what the earliest symptoms of pregnancy are. This article describes what those symptoms might be.

Even so, it's important to understand that signs of pregnancy after in vitro fertilization (IVF) vary, and some women experience no symptoms at all, even though they're pregnant. So symptoms at this early stage are not considered reliable indicators of whether you're pregnant or not.

The only definite way to confirm pregnancy is with blood tests performed by your doctor. If the first blood test shows a probability of pregnancy, it will usually be repeated a couple days later to make sure that your levels of human chorionic gonadotropin (hCG) are increasing as they should be.

If the hCG levels in your body are rising, you may feel the urge to urinate more often. Rising levels of progesterone may cause some fatigue and possibly bloating. But bloating isn't unique to pregnancy, so it's a less reliable indicator.

It's possible you might feel mildly queasy. Don't look for full-on morning sickness, though — that happens later. Some symptoms, such as fatigue and tenderness of your breasts, could also be signs that your period is coming again, so they're not reliable indicators.

Changes in your BBT

If you have been charting your basal body temperature (BBT), you may be tempted to monitor your BBT during the 2WW as a sign of pregnancy. However, while your BBT will rise if you're pregnant, that rise generally doesn't start consistently until at least 15 days after ovulation — in other words, not until after the 2WW.

You might notice an increase in vaginal discharge. Also, spotting doesn't necessarily mean you're not pregnant, though it doesn't definitely mean you're pregnant, either.

Similarly, as hormonal changes bring about increased blood flow to your breasts, you might feel tenderness or soreness, as well as a tingling or a pins-and-needles sensation, particularly around your nipples.

This early on, you're unlikely to experience specific cravings. But you might find that certain smells — even smells you normally enjoy, like the aroma of your morning coffee — are suddenly unbearable. You might also find that you've got a metallic or sour taste in your mouth, a condition known as dysgeusia.