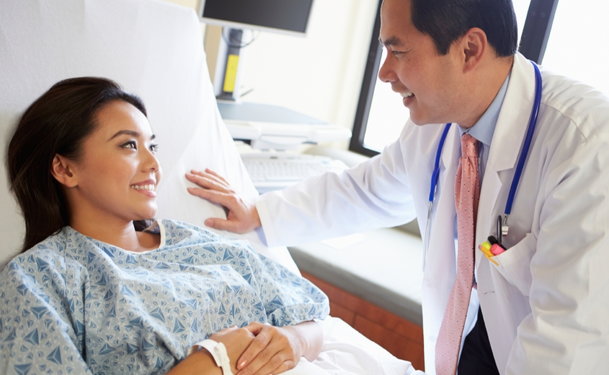 Advances in microsurgery have made tubal reversal easier on patients, reducing scarring and shortening recovery time. Tubal reversal is now usually done as an outpatient procedure, with a recovery period of approximately seven to 10 days.

Expect to spend the day at the surgery center. Depending on the technique your surgeon uses, she will use either local anesthesia (in which you'll have no sensation at the incision site, but stay awake) or general anesthesia (unconscious). If you’re asleep for the procedure, it will take a couple of hours to fully wake up. Either way, you’ll stay under medical observation for two to six hours after the operation.

One provider estimated that approximately one in 50 women will experience enough nausea or other discomfort to warrant spending the night in the hospital. If you’ve come from another state for your reversal, your surgeon may ask you to remain in town for two or three days, just to be sure you’re okay.

Your doctor will probably advise against aspirin for pain relief, since it can cause bleeding. Use only physician-approved pain medications.

If you’re in a lot of pain or notice excessive swelling or redness around the surgical site, notify your doctor immediately.

Any type of surgery involves potential risks. However, tubal reversals carry less chance of these complications than many other surgeries. Any surgery could result in:

After a tubal reversal, you may also face a 2-7 percent higher than normal risk for ectopic pregnancy. This means an embryo has developed outside of your uterus.

After you’ve taken at least 10 to 14 days to heal – and longer if you need it – you can resume sex. Pregnancy rates vary widely, depending on your age and the type of tubal ligation you had before the reversal.

Because of the higher risk of ectopic pregnancy, closely monitor your menstrual cycle. If your period is even two days late, make an appointment with your doctor for a quantitative hCG level, which is a blood test for pregnancy. In the outside chance that you have an ectopic pregnancy, it’s better to find out sooner than later.