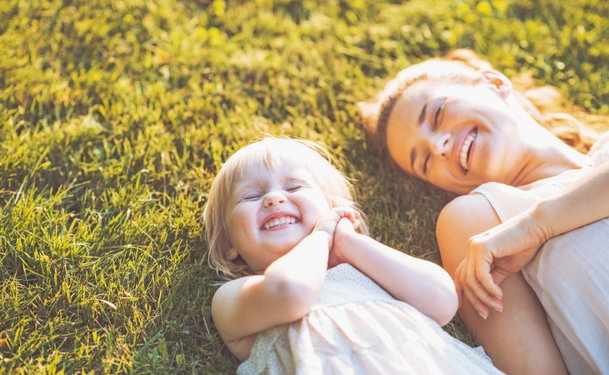 All About Tubal Reversal

Every year, about 700,000 women in the U.S. undergo a tubal ligation, a procedure in which a woman's fallopian tubes are intentionally closed or blocked, either by tying the tubes together, sealing them shut with a ring or clip, or burning them with a moderate electric current. This keeps eggs from traveling to the uterus, where fertilization occurs. Commonly called “getting your tubes tied,” a tubal ligation is designed to be a permanent form of birth control and sterilization.

However, life circumstances can change, causing the woman to seek a reversal of the procedure. Some reports claim that one-quarter of all women who have a tubal ligation later regret it and seek a tubal reversal. But a recent study conducted by the Centers for Disease Control sets that figure at a much more modest 6 to 7 percent—roughly the same as the number of men who regret getting a vasectomy.

If you had a tubal ligation but now want it reversed, a tubal reversal might be a viable option.

Prior to the procedure, your physician will need information on the type of tubal ligation that was performed. Patient records reveal this information and are extremely helpful for the surgeon to determine the best tubal reversal procedure. The details may also impact the procedure's success rate. If the patient's operative notes are not available, a diagnostic surgery might be required to see if a reversal is an option.

Your physician will also conduct a full physical exam—including blood and imaging tests—on you and your partner to determine your candidacy. One particular test is called a hysterosalpinogram (HSG), which uses dye and X-rays, or saline and air with ultrasound, to examine the length and performance of your remaining fallopian tubes. A sperm count and semen analysis will be performed on your partner to check for infertility issues.

A tubal reversal is an outpatient surgery that uses microsurgical techniques to untie, reopen, or reattach a woman's fallopian tubes so that her eggs can travel to her uterus and conception can occur. An incision is made above the pubic bone, but below the bikini (pubic hair) line. The cut is deepened until the pelvic cavity is reached and the reproductive organs can be examined. The fallopian tubes are pulled above the incision, making the tubes accessible. Your surgeon will then wear magnifying glasses (or surgical loupes) so that the visual of the tubes are further enhanced.

If there is scarring or damage to the tubes—which can result from the initial tubal ligation—surgical instruments will be used to remove the unhealthy portions, which allows an opening. If no damage is present, the surgeon will use specialized instruments to unblock and open the closed ends of the fallopian tubes. Once open and free of obstruction, the tubes are aligned and microscopic sutures are used to reconnect the middle and outer layers of your fallopian tubes. The inner layer is typically avoided to minimize scar tissue formation.

In all, the procedure can take up to three hours to perform.

Recovery after a tubal reversal

After a tubal reversal, expect soreness and plan to stay home for at least a few days. If your job is fairly sedentary, you might be able to return to work within a week. Your doctor will probably want to see you again about two weeks after your surgery to ensure the procedure was successful and that there are no complications. Depending on how well you’re healing, your doctor can advise you on when it’s safe to attempt pregnancy. Some women start as soon as the following cycle.

Who is a candidate for a tubal reversal?

According to the American Society for Reproductive Medicine (ASRM), a tubal ligation should not be considered if your fallopian tubes are less than 4 cm, there is a large amount of tubal scarring, you have late-stage endometriosis, or if your partner has male factor infertility.

What are the risks associated with a tubal reversal?

All surgeries carry risks, even a tubal reversal. While rare, complications may include:

In addition, women who've had a reversal are at a slightly higher risk (2 to 7 percent) of having an ectopic pregnancy, whereby the pregnancy occurs outside of the womb, typically inside one of the fallopian tubes. Additionally, women who had a sizable amount of tube removed during the initial tubal ligation, but had them reattached, may be at risk of having a miscarriage.

While birth defects are not a result of the reversal procedure, abnormalities and developmental challenges can occur if the female patient is 40 or older and tries to conceive after the reversal. Miscarriages may also take place. Obese patients also face higher post-surgery risks, such as blood clots and problems with wound care.

Success rates for a tubal reversal

Success rates depend on a number of factors, including:

Assuming there are no other infertility factors, success rates tend to be high for tubal reversals. If you’re under 40 years old, your chances of getting pregnant after a reversal could be upwards of 90 percent within two years of the procedure, according to one report by the American Society for Reproductive Medicine (ASRM). If you are a woman over the age of 40, you should discuss your chances of achieving pregnancy with the treating physician prior to making a final decision on the reversal. As with other attempts to get pregnant, younger women have more success when compared to older women because egg quality deteriorates with age.

How does a tubal reversal compare to IVF?

While more studies need to be done to definitively compare in vitro fertilization (IVF) and tubal reversals, the ASRM reports that IVF has a higher per cycle rate of pregnancy, but tubal reversals yield a higher cumulative pregnancy rate. This means that in a single fertility cycle, your chance of getting pregnant through IVF is higher than getting pregnant the natural way. But over time, you're likelier to get pregnant the old-fashioned way after a tubal reversal than by repeatedly undergoing IVF. Also, the cost per delivery after tubal reversal was close to half that of babies conceived through IVF. This bodes well for women who want to have more than one child post-reversal. The ASRM also says that tubal reversal is more cost effective than IVF for women over 40, assuming there are no other infertility factors.

Cost of a tubal reversal

Many insurance plans don’t cover tubal reversals, leaving the financial burden to be picked up by the patient. Although costs will vary, expect to spend $6,000 or more for the surgery, anesthesia, hospital fees and fertility tests.