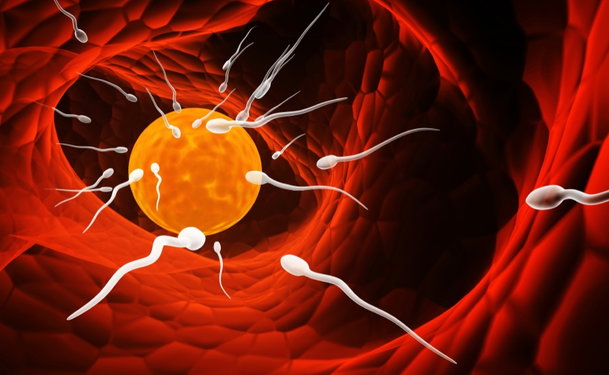 All About Sperm and IntraUterine Insemination

Intrauterine insemination (IUI) is one of the simpler fertility treatments. Basically it is an artificial insemination process that involves passing a thin tube through the cervix and placing sperm directly into your uterus.

There are a number of conditions for which IUI can be helpful, including:

Sperm are the male reproductive cells (or gametes) and are produced in the testicles.

Coiled vessels called seminiferous tubules make up the testicles, this is where the immature sperm cells (called spermatogonia) are produced.

Immature sperm then migrate to another coiled tube called the epididymis. They stay here until they mature. This process is called spermatogenesis, and it's when the cells become motile (able to swim properly) and potent. Scientists call motile sperm cells spermatozoa.

In the process of sexual stimulation:

Healthy motile sperm have the ability to travel through a woman's reproductive tract and penetrate the outer layer of her egg (the zona pellucida) to initiate fertilization. But when the sperm lack that level of motility, fertility specialists can save them part of the trip by giving them a lift into the uterus — intrauterine insemination.

In some cases where the sperm still can't penetrate the egg, IUI isn't enough, and the physician may inject a single sperm directly into an egg using a technique called intracytoplasmic sperm injection (ICSI). ICSI is used in conjunction with in vitro fertilization (IVF).

Your doctor will plan your IUI to take place the day you ovulate. In some cases, your doctor may prescribe hormonal medications to induce ovulation.

Collecting the sperm: If you are using using your male partner's sperm, he will usually need to provide a fresh semen sample in a cup (either at the clinic or at home), or during sex using a special condom. The sperm sample needs to get to the doctor's office very quickly. If he has physical problems that prevent him from ejaculating, there are non-surgical and surgical techniques available that allow your doctor to obtain the semen.

If using donor sperm, it is thawed and ready ahead of time.

Washing the sperm: The fertility laboratory then tests the semen and "washes" it to extract a small amount of motile, healthy sperm. This process, which can take a couple of hours, essentially separates the sperm from the rest the seminal fluid, which can cause the woman severe cramps if introduced into the uterus.

Insemination: The next part doesn't take more than a few minutes. A thin tube is guided through the cervix, and the washed sperm is introduced into the uterus.

IUI is usually painless, though some people experiencing some cramping. The risk of infection is very small.

How many motile sperm are enough?

Most fertility specialists recommend that a washed sperm count of one million and above puts forth a better chance of fertilization. However, this is a minimum requirement, whereas the usual recommended sperm count is within a range of 5 to 10 million. One large study found that a motile sperm count of 10 million or more is needed to make IUI more cost-effective than IVF.