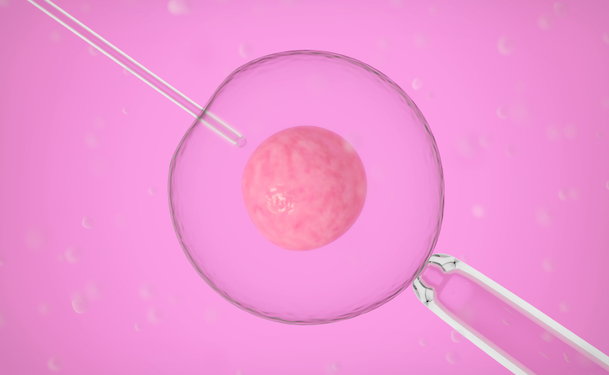 Compared to other infertility treatments, intrauterine insemination (IUI), also known as artificial insemination, is a relatively simple and affordable procedure. The process involves injecting your partner's "washed" sperm (or donor sperm) directly into your uterus the day after one of your ovaries releases an egg(s). This makes it easier for the sperm to swim into your fallopian tubes to fertilize the egg, resulting in pregnancy. In some cases, you will take fertility medications to stimulate ovulation prior to the procedure, while in others, your doctor will coordinate the procedure with your normal cycle.

Am I a candidate for IUI?

IUI helps sperm to more easily reach the fallopian tubes where fertilization occurs by bypassing the vagina and the cervix. Your doctor may recommend IUI as a first line of treatment for any of the following:

IUI is also performed when you use donor sperm or your partner's cryopreserved (frozen) sperm to become pregnant.

Through IUI, sperm are enabled to more easily reach the fallopian tubes. However, the procedure will not help you if you have fallopian tube damage or disease. Similarly, it also will not help if you have moderate to severe endometriosis (a condition in which uterine cells grow in other places and disfigure the pelvic structures), or a history of pelvic infections. Your doctor may instead recommend other treatments for these conditions.

What to expect during IUI

Once collected, the lab will “wash” the sperm in a process that clears away any lower quality sperm, as well the semen fluid. Small, yet highly concentrated amounts of sperm increase your chance of becoming pregnant.

Your IUI procedure will occur near the time that you ovulate. To ensure that you undergo IUI at precisely the right time, you and your doctor will monitor your ovulation either through the use of a home ovulation predictor kit or an imaging test (such as an ultrasound) performed in the office.

Your doctor may perform IUI without drugs or in conjunction with injectable or oral fertility medication (such as Clomid) to stimulate ovulation.

The procedure itself is relatively simple and takes only 15 to 20 minutes. During IUI your doctor will:

Following the procedure, you will lie on your back for a short time before returning to your daily routine. Some women report minor cramping and spotting after the procedure.

What happens after IUI

After two weeks, you will take a home pregnancy test or your doctor will give you a blood test to determine whether the procedure was successful and resulted in pregnancy. In cases of unsuccessful attempts at IUI, you are often encouraged to try again before trying other, more invasive fertility treatments. Increasing the dosage of fertility medication used prior to the procedure can enhance the chances of success of subsequent IUI procedures.

Some studies claim that infection resulting from the procedure itself occurs in fewer than 1 percent of women undergoing IUI.

The chance of successful pregnancy per attempt with IUI is generally 8 to 15 percent, and can be as high as 20 percent depending on whether you take fertility drugs, the cause of your infertility and the female partner's age. The success rate for women ages 35 to 40 is around 10 percent. In women over 40, the success rate of IUI is generally less than 5 percent each cycle.