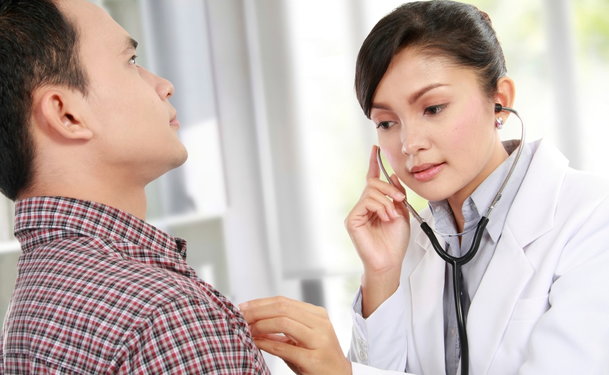 In the United States, the Food and Drug Administration (FDA) mandates a number of medical tests to screen donor sperm for communicable diseases. Surprisingly, though, there are no national laws governing who can be a sperm donor.

The American Society for Reproductive Medicine (ASRM) has published extensive selection criteria for sperm donors, but their professional guidelines are just recommendations — it's up to the sperm banks to actually follow them or not. So it's a good idea to ask any sperm bank how closely they adhere to the ASRM's guidelines. Individual states can also establish their own requirements.

In addition to a physical medical examination, the ASRM recommends taking:

The goal is to eliminate candidates who are unhealthy, physically or mentally, or who may be carrying the genes for a serious inherited health condition.

Both the ASRM and official but "nonbinding" recommendations from the FDA say gay and bisexual men who are sexually active — meaning they've had sex with another man in the last five years — should not be accepted as sperm donors, citing an elevated risk of HIV infection and other sexually transmitted diseases.

For the same reason, both the ASRM and FDA guidelines reject intravenous drug users and men who've spent more than 72 hours in jail in the last 12 months.

There are some sperm banks that will not accept candidates they deem short — in some cases, anyone shorter than 5 feet 8 inches (about 173 cm) tall. Many recipients of donor sperm would like their child to be taller. Even though short people won't necessarily have short offspring, there are chances that the child will turn out to be short as well, so many recipients prefer to opt for taller donors.

Some sperm banks require candidates to submit to a dental exam, while others take a dental history. Oral health is influenced by a number of factors, genetics among them. Consequently, a sperm donor with bad teeth might have offspring with bad teeth. Certain sperm banks prefer candidates with healthy teeth.

The ASRM guidelines specify that a donor should be of legal age (i.e., 18) and "ideally" under the age of 40. Most sperm banks do prefer donors under 40. After age 40, there is an increased risk of birth defects and other problems.

Some sperm banks specialize in certain ethnic or racial groups and primarily seek donors from those groups. That's due to the fact that recipients often ask for specific physical traits (eye color, hair color, skin color, etc.) or for someone who looks like them.

Still other sperm banks specialize in "elite" physical specimens, people who excel in certain fields or have high IQs, who hold certain degrees, or who work in particular professions. Each sperm bank may have additional screening policies, which should be available on their website or included in their brochure.