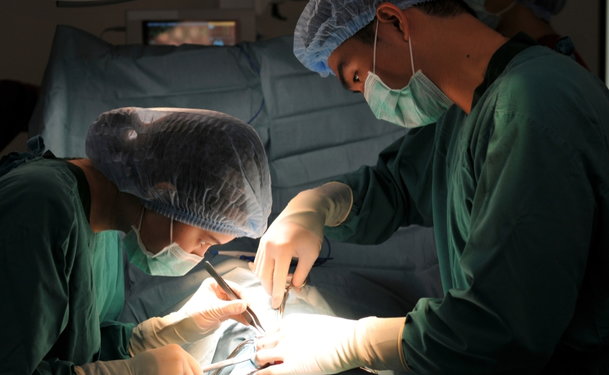 Men with infertility issues have several options to choose from when it comes to having children, including extraction of sperm from the testicles—a procedure known as testicular sperm extraction (TESE). Below are some of the most common facts about TESE.

Testicular sperm extraction is a surgical procedure that involves removing tissue from the testes in order to obtain live sperm. This type of sperm extraction is effective for men with a blockage that prevents sperm from entering the semen (obstructive azoospermia), as well as for men who are infertile due to other causes (non-obstructive azoospermia). This includes:

Sperm retrieved from the testes during TESE is used in conjunction with a type of assisted reproductive technology, such as in vitro fertilization (IVF) or intracytoplasmic sperm injection (ICSI). During these procedures, sperm are used to fertilize a woman’s egg, with the resulting embryo implanted in the woman’s body. Surgeons often turn to TESE when other treatments for male infertility are not effective.

2. Very little pain during the procedure

The worst part of the TESE procedure is the thought of having surgery. TESE is performed through a small cut (incision) in the scrotum, while under general anesthesia. The more advanced micro-TESE procedure involves the removal of less tissue from the testes, which speeds up recovery. Most men experience very little pain after the surgery. Ice packs and pain medication can be used to provide relief.

3. Fresh or frozen sperm can be used

Sperm retrieved from the testes during TESE can be used immediately or frozen (cryopreserved) for later use. Both fresh and frozen sperm obtained by TESE result in similar fertilization and pregnancy success rates, when used in conjunction with ICSI.

4. Use of TESE can be costly

The actual extraction of sperm with TESE is relatively inexpensive, ranging from $500 to $4,000. Additional fees may apply, such as the cost of your urologist, lab work, supplies, anesthesiologist and freezing of the sperm. However, the cost of assisted reproductive technology procedures are not included in those prices. For example, the cost of IVF can range from $7,500 to $12,500, while ICSI costs around $1,500 for each procedure.

5. Insurance may not cover procedure

Some insurance plans may cover the cost of TESE, including testing, the procedure itself, freezing of the sperm and sometimes IVF or ICSI for the female partner. You should check with your health insurance provider ahead of time before scheduling any procedures.

This short list of facts may answer many of your questions about sperm extraction. It will also provide you with a good starting point for a discussion with your doctor about the benefits of TESE for you and your partner. Success rates for sperm extraction, as well as fertilization and pregnancy, vary. It is important to have realistic expectations when deciding if TESE if right for you.